A Guide to Ingress Controllers for Azure Red Hat OpenShift

In the previous blog, we saw how Ingress Controllers can be used to enable public access to private OpenShift clusters using the IPI deployment methodology. Today, we’re covering one of OpenShift’s managed offerings, also known as Azure Red Hat OpenShift (ARO) to see how we can enable the same type of scenarios (and their differences).

Why a Managed OpenShift solution?

Back in March 2021, Red Hat launched the Red Hat OpenShift Services on AWS (ROSA in short). This was another milestone for the Managed OpenShift offerings made available to our customers.

ROSA now complements the Azure Red Hat OpenShift (ARO) and the OpenShift Dedicated (OSD) managed capabilities. Those 3 sets of services are managed directly by a group of specialists from Red Hat known as  Red Hat Site Reliability Engineers, or SRE’s  (see this excellent blog on the SRE team).

The benefits of having a managed environment are many. The following figure shows an example illustrating the involvement required when moving from managing an environment on your own (on the left column, which is like the  IPI install we demonstrated in the previous blog) to having it managed by a dedicated group of specialists (on the right column). 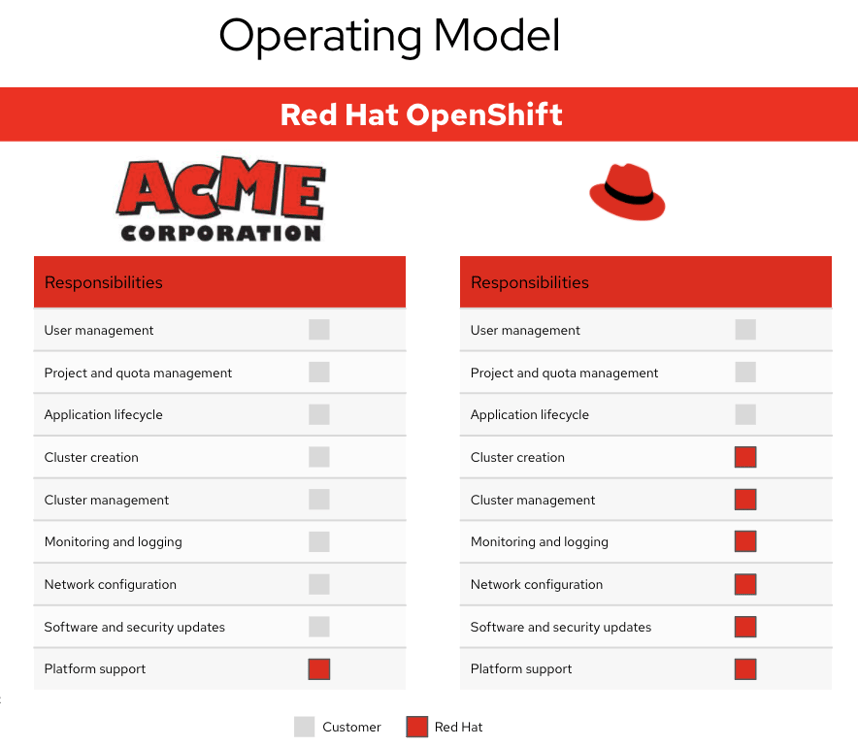 Now, even though a managed capability comes with lots of benefits, there are still some specific components and design decisions that customers will need to be mindful of when using a managed environment.

What are the different Managed OpenShift solutions?

All right, so can I enable public access to an ARO private cluster?

The step by step guideline for building an ARO private cluster is available here.

Compared to a standard IPI install, there are some subtle differences (essentially to cater for the SRE access to manage the platform). For a private ARO deployment 2 load-balancers are created, one internal and one external.

The SRE team gains access to the ARO cluster via the Internal Load-balancer through a private link. This is presented in the figure below.

Specifically for this blog, I have used the following parameters to create my ARO private cluster (see the apiserver-visibility and ingress-visibility set both to Private).

As usual, to get access to this cluster, I will use a jumphost in Azure (e.g sitting in the same private network as my ARO cluster).

I am including here a few screenshots showing the load-balancers and the associated ports used.

We now need to get the credentials for this ARO cluster.

Then login from the jumphost to the ARO cluster

You can check that the default ingress controller is configured properly.

We will now deploy the same sample application we have used in the previous blog and create a route for it.

We can now check that the application is reachable from the jumphost but not from the outside world (e.g my laptop). To fully understand the setup review the following diagram: 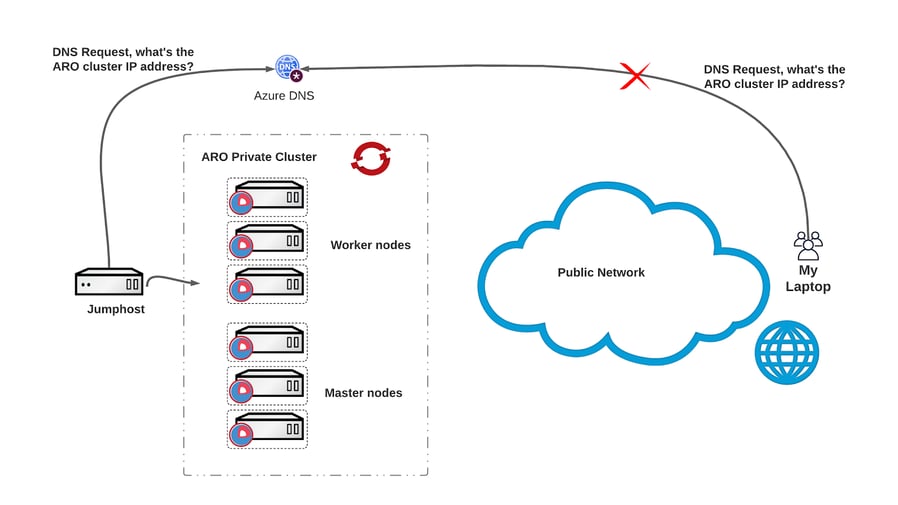 We are now going to deploy another ingress-controller, I’m reusing the same YAML file that I shared in the previous blog (see here).

We now simply need to point the DNS entry for the globally routable domain to the IP address of the load-balancer. In my setup I have reused AWS Route53 and the same domain name (*.simon-public.melbourneopenshift.com) but there’s nothing stopping you from using Azure DNS services or any other DNS provider.

Let’s now deploy the new route for the application associated with the new Ingress-controller, and again, I am using the same file from the previous blog. And as before, let’s try to browse to this endpoint.

And there you go again! As you can see in the screenshot the django-ex-external route is now associated with the external ingress controller exposing our application on our private cluster to the world!

In this blog, we’ve looked at how Ingress Controllers can be used to expose Applications to the external world for a private ARO deployment. What’s interesting is that the same method  and YAML files have been used for all implementations!

Which to me, is just another reason it’s super cool to use OpenShift…