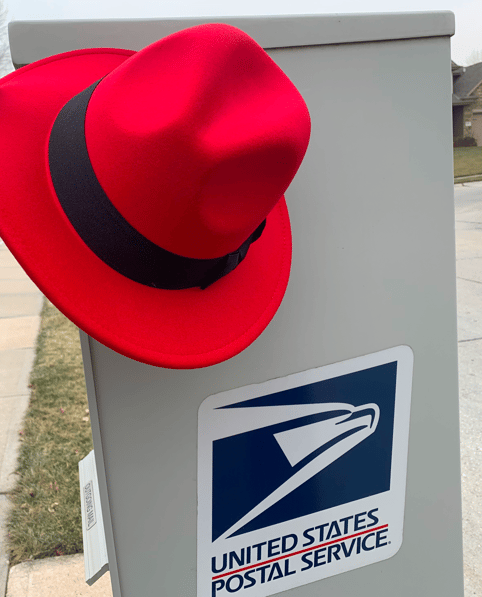 The Machine Config Operator (MCO) in OpenShift exposes a "Pause" feature on its MachineConfigPools that allows users to halt config deployment. We made some changes in 4.11 to try to make that feature "safer", and this blog tries to give some context around what pausing a MachineConfigPool actually does under the hood, the consequences/tradeoffs, and a small glimpse into how the MCO team thinks about exposing and evolving features like this.

Along with OpenShift 4.11 the Machine Config Operator (MCO) added a new feature -- an alert to notify users when a certificate rotation is being prevented by a paused MachineConfig pool.

For users who aren't using the Machine Config Pool's Pause feature, you will never experience this alert.

For users who are using the Pause feature, especially those who leave their machine config pools paused long-term due to maintenance windows, etc, this will hopefully make the risks and tradeoffs more apparent, and protect you from weird cluster failure modes.

But Why Did We Do That?

The short answer is: Because we are trying to help you.

The long answer is something like: The consequences of long-term pausing a MachineConfigPoolare not immediately clear and predictable without a detailed understanding of internal OpenShift workings, and some of those consequences are very unfortunate.

We also don't really know what you're doing all the time or why you're doing it, so sometimes it's hard for us to know how to help without getting in the way.

The Relevant Parts of the MCO

If you aren't familiar with entirely how the MCO works, you can check out the documentation. several

This is an oversimplification, but for our purposes here, in "standard operation" the MCO's machine-config-operator:

And then the machine-config-daemon on the Node:

So objects change, the MCO reacts to it, sqishes it all of the config into a rendered-config, and then assigns that rendered-config to Nodes Pool.Spec.MaxUnavailable at a time, where the Node's machine-config-daemon reacts to it and applies the desiredConfig config.

(There are a bunch of bootstrapping/special cases, but pause does not currently affect those, so I'm going to hand-wave those away for our purposes here)

Some of you have never used Pause and may have no idea what I'm talking about, so before I go too far:

Much like the initial MachineConfigPool field, the logic around pause was part of the original machine-config-controller design also.

So the sagely original developers knew that there would be cases where you wouldn't want configuration to roll out instantly, and they planned for it. What they maybe didn't plan for (and couldn't really have planned for) was all of the users who might eventually use it, the reasons it might be eventually used, and the long-term consequences and interactions resulting from its use.

So What Does Pause Actually Do?

That's it. That's all it does. It happens right here and we just return early during the pool sync without doing anything else.

Everything else in the MCO happens as normal. It doesn't pause the entire MCO. It's doesn't even pause "most" of the MCO, it just keeps that one thing from happening -- which conveniently is enough to prevent any new MCO config changes from being applied to any nodes.

(NOTE: Emphasis on new config changes here because if desiredConfig has already been set on a node, and the machine-config-daemonis already in the process of applying a configuration, pause will not stop it, because that's not what it stops).

This, by extension, does stop the machine-config-daemon from applying configuration to nodes in the paused pool because:

Things Pause does not stop:

The MCO As The Postal Service

So in general MCO really likes to think of itself like the postal service. One of its most common defenses of whether or not we should be inspecting or surfacing some sort of config-specific data is "we don't look in the envelope, we just deliver it."

Yes, there are places where maybe we cheat a little and snarf an object out of the cluster and pack the envelope (which is maybe why it's okay for us to take a peek in that envelope later), but for the most part we try to hold to that philosophy.

So you have this big sprawling MCO postal service:

(this diagram is obviously a hand-wavy oversimplification)

The Mayor Said To Stop, So We Did?

So let's say the mayor of the city of worker has called the postal service and said to stop delivering mail.

As we said, this Pause in mail delivery doesn't stop anything other than that last mile letter carrier delivering the mail to residents' mailboxes. People still mail letters, the mail still gets picked up, and packed and sorted, and loaded onto mail vehicles, but the mail never gets delivered.

Residents, of worker of course, could continue to open and deal any mail that had previously been delivered to their mailboxes, but they wouldn't get any new mail (and they obviously can't open and use mail they don't have).

To those doing the mailing, everything appears to be functioning perfectly -- it all still gets collected.

But to those expecting to receive mail, things are different: nothing shows up. Maybe that's okay for the most part. Maybe there actually wasn't any mail set to be delivered. Maybe the residents are busy and can't or don't want to deal with their mail right now anyway.

But let's say there is a resident of worker out there waiting for a really important piece of mail. Something with a deadline. Something like...their new passport, so they can go on vacation in a week. If they don't get it in time, they can't travel, and if they can't travel they're going to miss their trip.

Well, now we have problems because this particular mail is very important, and it's also not being delivered because the Mayor told the postal service not to.

Your Nodes Were Expecting A Very Important Letter

This "important mail not being delivered" scenario is exactly why we had to add the alerting around Pause. In our case, the "important mail" is the certificate bundle that controls trust between the Node and the cluster -- it is "mailed" by the apiserver operator, and it expects it to be delivered in a timely fashion. If the old bundle expires before the new one shows up, your Node stops talking to the cluster and becomes unmanageable.

And I said earlier, the MCO pays attention to many cluster objects so it can react when they change and reconcile. That apiserver secret just so happens to be one of the cluster objects that the machine-config-operator pod cares about.

So when the apiserver rotates that certificate and the secret object changes, the machine-config-operator notices and regenerates clusterconfig/renderconfig, which results in a new set of rendered MachineConfig being generated containing that new certificate bundle that will totally save the day!

And that super important rendered MachineConfig just...sits there behind Pause. :(

We're Telling the Mayor There Will Be Trouble

So that's what the alert is for. Back in our metaphor, the alert we added is probably something like: "when we know 'important' mail is waiting at the post office, make sure the Mayor knows there is impact. Call him on the Big Red Telephone, and he can decide what to do".

But If It's So Important, Why Not Just Deliver It?

So now you're probably thinking "well why not just let that 'important mail' -- that certificate -- through?". It is "platform" config, not user config. We know where it's going and can sneak it in without a reboot, why not just do that?

Well, the short version is that:

The "contract" right now that we have with users is more or less that when pools are paused, no configuration gets rolled out. It's been that way since the beginning of time and people are used to it. Pause doesn't lie. The MCO will not move a node to a new configuration if the pool is paused.

Alright, so what if we did decide to lie to you? We tell you your pool is paused, but we give a special dispensation to "important config" (however we classify it) and we just sneak it though and have the machine-config-daemon just write it to the node.

That would mean (among other things):

We'd Rather Tell the Truth

So there isn't isn't an immediately obvious solution here without having to trade something:

One of those trades might eventually end up being right, but we're not quite sure yet, and regardless the ramifications would need to be fully communicated and understood.

How Do You Want The MCO "Postal Service" To Handle Important Deliveries?

So like I said at the beginning -- we're not always entirely sure how you're going to use what we put out there. We want to help you, but we also want to stay out of your way. Ideally we would be 100% helpful and 0% "in your way", but understandably that's difficult given the wide variety of use cases.

Maybe you'll use Pause how we thought it would be used. Maybe you will use it an entirely different way, but either way we would love to know what you think.

When the MCO isn't worrying about the consequences of Pause, we're working on cool new things like OCP CoreOS layering which lets you use Containerfile (Dockerfile) syntax to configure your nodes -- check it out!