GitOps is an approach to continuous delivery (CD) that utilises Git as the single source of truth for everything, including infrastructure, platform, and application configurations. OpenShift GitOps is built around Argo CD as the declarative GitOps engine that enables GitOps workflows across multicluster OpenShift and Kubernetes infrastructure. 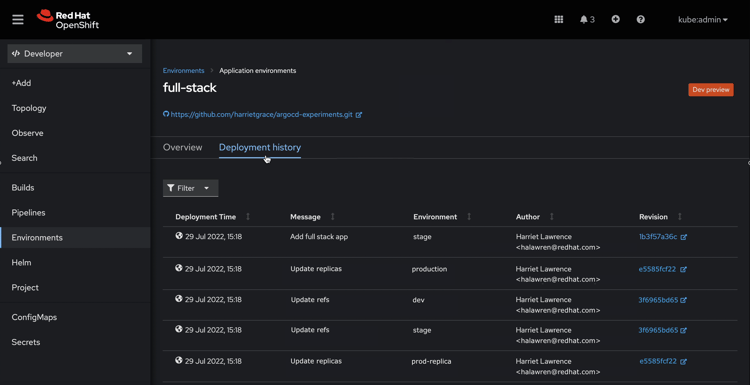 Many existing features have been updated and improved, including:

For a full list and detailed information about each item in this release, please check out the Release Notes section of the OpenShift Documentation.

A common request from our customers is what they should use to manage their secrets. There are many options out there with a variety of pros and cons, so along with the 1.6 release our team has put together a Guide to Secrets Management.

In addition to the latest release of OpenShift GitOps the team has been working on a number of resources to support the development of your GitOps practices. The Path to GitOps ebook, recently released by the Red Hat Developer team, is a guide that outlines the tools, workflows, and structures that teams need to have in place to enable a complete GitOps workflow for practitioners who are just getting started or considering developing their own GitOps practice.

We’re also gearing up for the second annual ArgoCon! Join us in person or virtually, September 19 – 21, 2022 Mountain View, California and make sure to register for our DevNation Workshop when you register for ArgoCon the final day of the event.

For more information about GitOps and OpenShift GitOps, check out the What is GitOps? topic.

You can find our team online in the #argo-cd channel of the CNCF Slack.