Register for ArgoCon in September 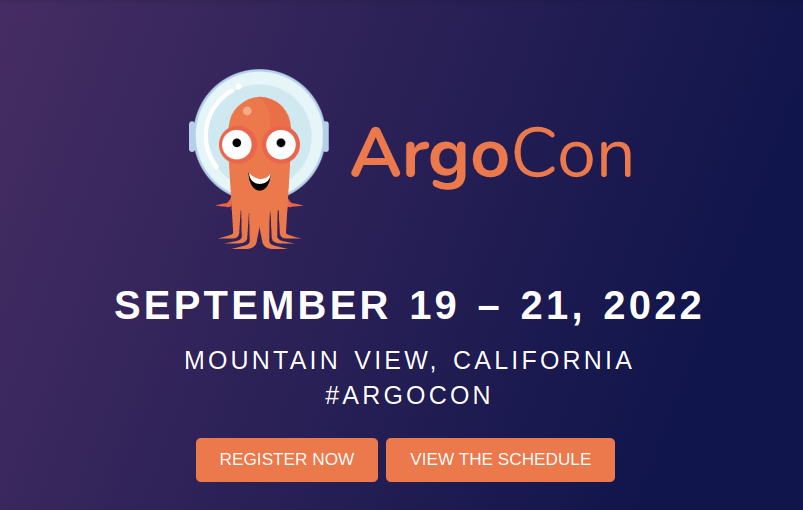 If you haven't already heard about Argo CD, you're missing out on the simplest way to enforce git-based truth upon cluster-based chaos. Argo CD effectively pushes a targeted git repository into your cloud whenever it sees any changes that are not recorded in the repository. That means you can be sure whatever you've got in your repo is exactly what is running on the cluster, whether someone else modified are running config, or a hacker broke in an changed some password files, it doesn't matter; Argo CD will roll those changes back to whatever is in the repo.

There's a lot going on in the Argo CD community, and as such, there is a conference around the tool taking place in Mountain View, California, from September 19 to 21. ArgoCon will host three days of talks and meetings around continuous deployment and how Argo CD can enable faster and more reliable change management through the use of git as the source of ultimate truth for both developers and administrators.

While the first day of this event takes place at Intuit's offices, the second two days are located at the Computer History Museum, a great destination on its own. In between sessions, you should be able to sneak into the exhibit hall and see a piece of the ENIAC, and the very first "Bug," and actual insect Grace Hopper preserved in her notes after it had crawled into a ENIAC's wiring and shorted out a piece of it. And if you're lucky and he's volunteering those days, you can play Spacewar!, the first computer game, on an original DEC PDP-1 with one of its original authors, Stephen "Slug" Russell.

Talks include a keynote by Ed Lee, Fellow & Chief Architect of Development Platforms at Intuit, and talks from engineers at Apple, Adobe, Red Hat and New Relic, among others. Register now for this great event.

As a contributor and maintainer of ArgoCD and OpenGitOps, Red Hat was proud to be a diamond sponsor and in-person at ArgoCon 2022, earlier this month. This year, the conference adopted a hybrid ...

Red Hat congratulates Istio on its acceptance to the Cloud Native Computing Foundation (CNCF) as an incubating project! As one of the early supporters and leading contributors to Istio, we believe ...

Management of secrets via ArgoCD requires extra configuration, unlike FluxCD, which features seamless integration. However, ArgoCD allows for the ability to integrate using many popular tools of the ...