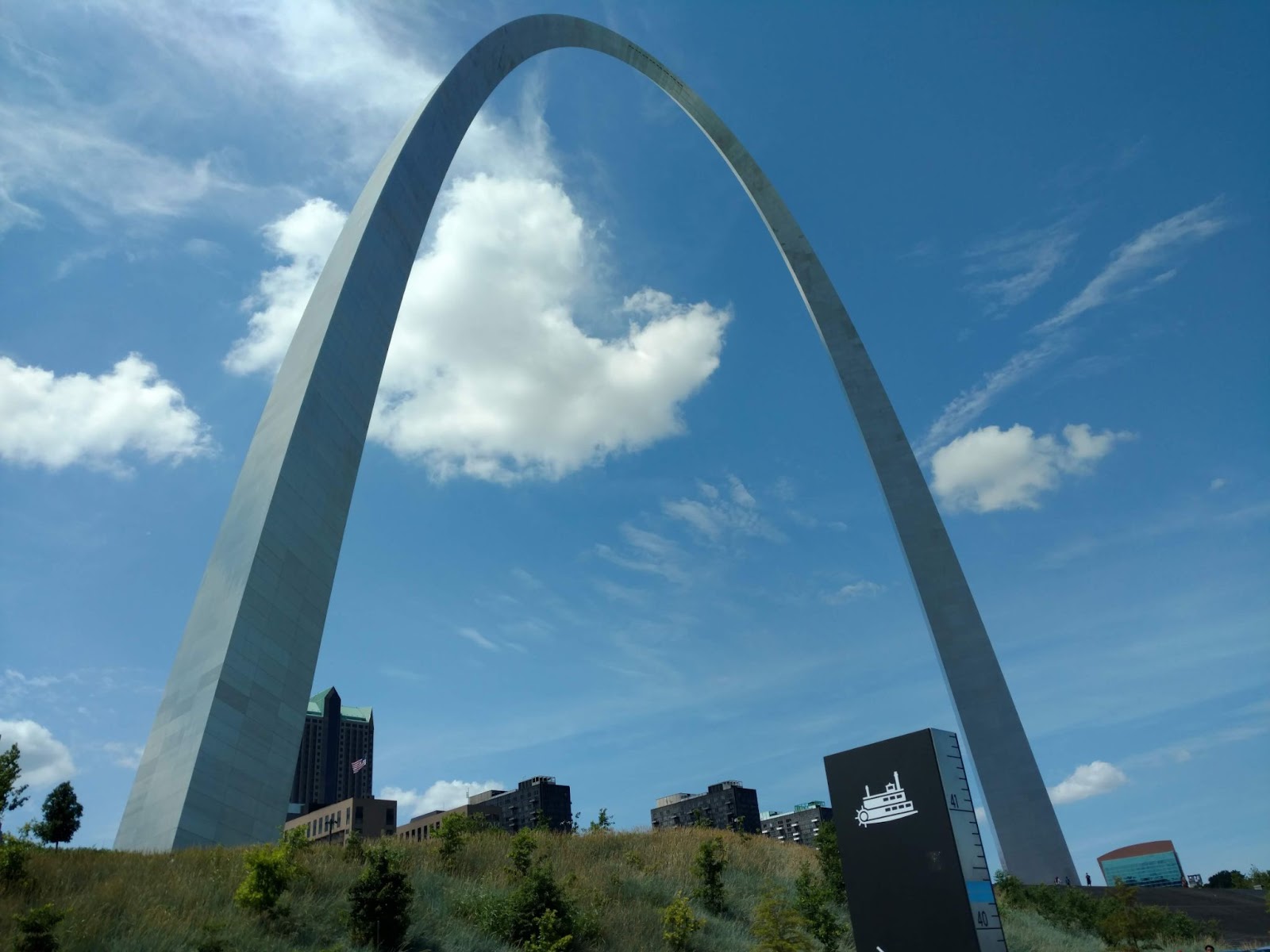 What is Gateway API?

Gateway API (GWAPI) is an open source, community managed, Kubernetes service-networking mechanism, and has been adopted as the future service-networking API in implementations by a wide variety of vendors.  It has been slated as an eventual replacement for OpenShift Ingress Routing, and is offered as a Developer Preview feature in OpenShift 4.12.

OpenShift has had a cluster ingress solution since its first release, in order to support self-service of cluster ingress by developers and namespace administrators.  Kubernetes later added the Ingress API specification, with many backing implementations (including OpenShift).  However, the Ingress API left a lot to be specified by the implementation, making it difficult to develop portable Ingress objects across implementations.  To address this, the Ingress v2 working group was started, and Red Hat has been involved throughout.  This group evolved into what is today the Kubernetes Gateway API working group, which continues to garner robust community support. 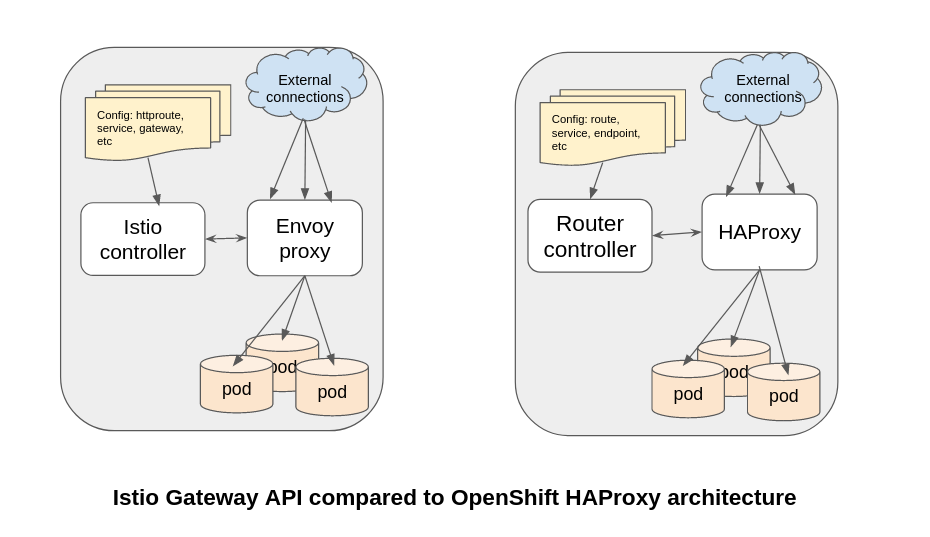 The basic building blocks of the Gateway API are resources called HTTPRoute, Gateway, and GatewayClass.

Shown below is an example of a HTTPRoute named my-route that is configured to attach only to the gateway named example-gateway in the namespace example-ns1, and will not attach to any other Gateways. Note that parentRefs refer to the gateway and backendRefs refer to service endpoints.

The next example shows the Gateway example-gateway, configured to allow the my-route HTTPRoute to attach. Note the reference to gatewayClassName.

For more information on these resources, see an expanded discussion in the Gateway API specification.

OpenShift Networking will support Gateway API using Istio Ingress Gateway. The Istio implementation has been chosen by OpenShift as an exemplary Gateway API implementation, with its legacy of thought leadership and its vibrant community. Istio Ingress Gateway is only one facet of what Istio Service Mesh offers in the well-established OpenShift Service Mesh (OSSM) product line. Having a tie to OSSM yields a healthy outlook, consistent experience for users, and smoother integration for customers who also want to use service mesh as a part of their service-networking configuration.

Why use Gateway API?

Gateway API is focused on creating a well-designed, community-supported, and portable API. It has been reviewed and implemented by a large community, including several vendors, proving that the API portability has significant appeal, enhances third-party integration, and reduces vendor lock-in. Gateway API design is expressive, incorporating a native feature framework that replaces the use of custom annotations in Ingress. At the same time, the design supports extensibility and the future of features through granular customization levels. To simplify operations, Gateway API design focuses on role-oriented API resources, allowing for role-based access to just-enough Kubernetes details to satisfy and empower each organizational role. Besides simplifying operations, role-oriented resource access reduces costs by enabling the safe sharing of infrastructure without requiring shared control. 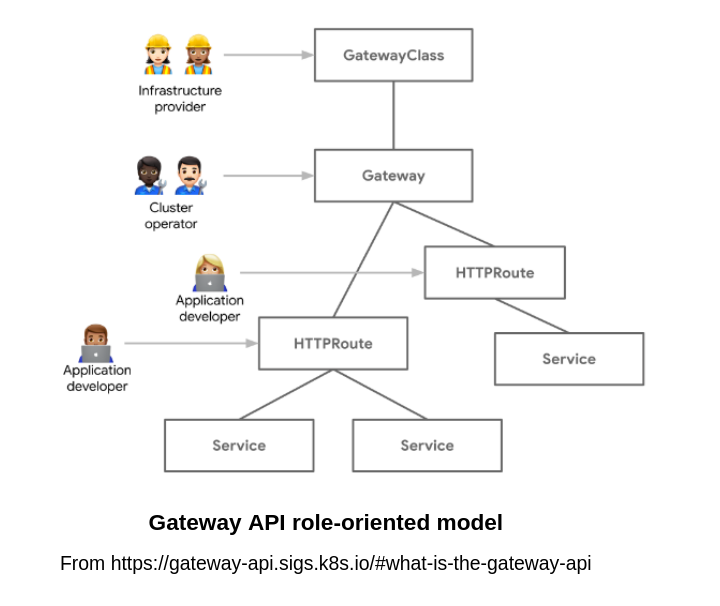 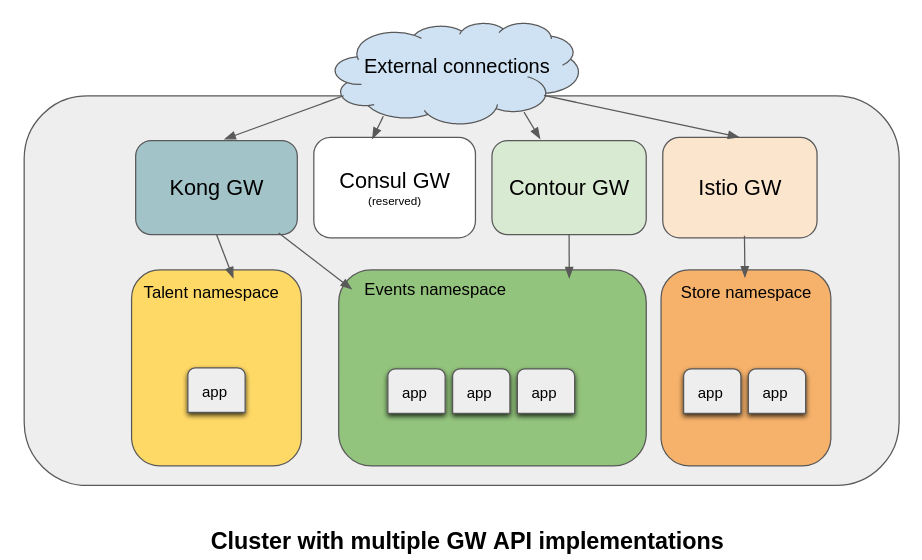 In the Developer Preview we have chosen to provide the current version of Gateway API, 0.5.1, and the Istio release (1.15.1) that incorporates it. This release includes the following features:

Instructions for getting started with Gateway API