OpenShift ships with default reaction time for events, for example in case there is an increase in network latency between control plane and worker node. Kube controller manager will wait 40s by default before declaring the worker node is unreachable. For certain use cases, 40s is too fast of a reaction time and might cause unnecessary churn in the infrastructure. Also, once a node is deemed as unhealthy it gets tainted and if pods are part of a deployment set then they are scheduled somewhere else based on their replica count.

By default it takes 300s to kick in and ask the scheduler to schedule the pod. For certain use cases 300s might be too long to start the application. To address all the above concerns we have released WorkerLatencyProfiles in OCP v4.11. Customers can choose between two additional profiles viz. "Medium Update Average Reaction“ or “Low Update Slow reaction“ apart from the Default profile, based on the network conditions of their cluster environment and their application needs.

Following scenario showcases the practical usage of the worker latency profile feature on an OpenShift 4.11 Cluster.

The “nodes.config” custom resource “cluster” is modified as below to update the worker latency profile in an OpenShift 4.11 cluster to “MediumUpdateAverageReaction” 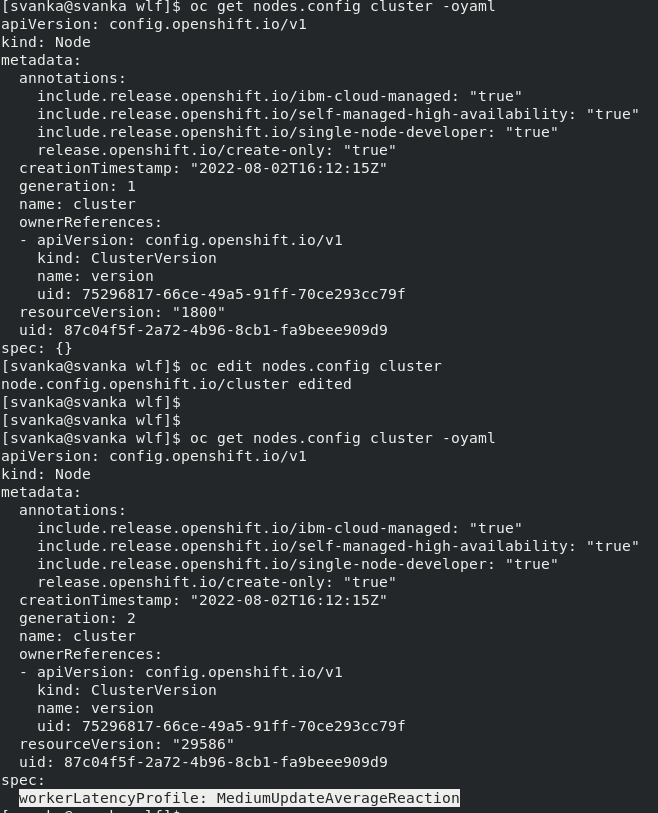 One can verify if the profile is reflected by validating the kubelet, kube-controller-manager & kube-api-server configurations as captured below.

A simple nginx pod with the below configuration has been created.

Note: A deployment can also be created here so as to observe a new pod on a new node when the affected pod is terminated due to node unreachability.

It is observed that the pod is created on a worker node and the kubelet service on that particular worker node has been stopped by making a note of the timestamp as follows.

The events related to the “nginx” are collected and a “NodeNotReady” event is updated by the kube-controller-manager as follows after around “2m” interval, which is the “node-monitor-grace-period” 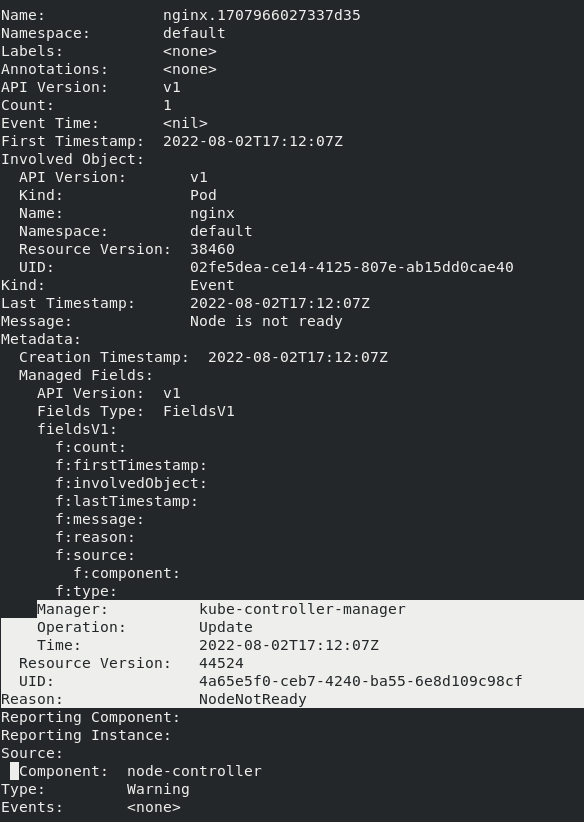 After the “60s” time interval which is the “default-not-ready-toleration-seconds”, the pod has been marked for deletion and entered the “Terminating” state. An event is also observed. 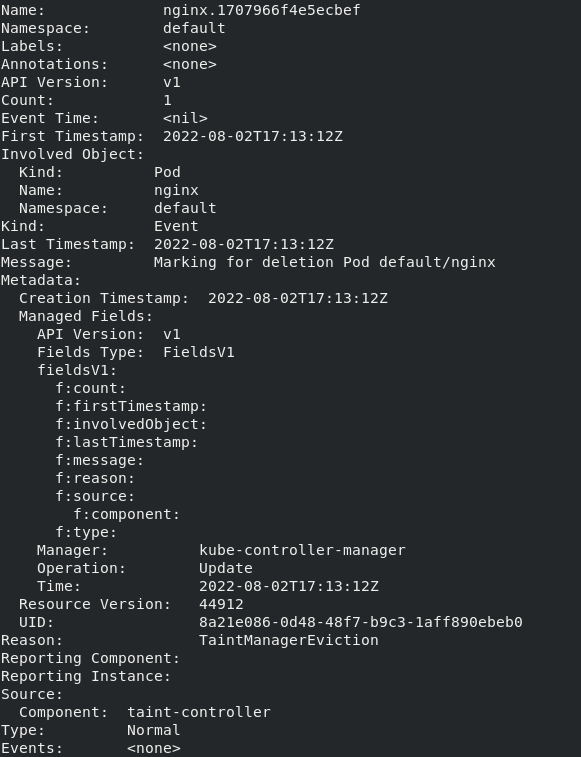 In case of a deployment, a new pod would have been created on another worker node as mentioned in the above note.