So there is a need for new schedulers to run specialized workloads.

OpenShift is Red Hat’s enterprise Kubernetes distribution. This means OpenShift has the same scheduler as upstream Kubernetes, which is stable and enterprise grade but best suited for applications that need to schedule pods in a sequence. We in Red hat always listen to our customers and partners that there is a need to bring in their own scheduler, which can best run their application.

The Secondary Scheduler Operator allows customers or partners to bring in their own scheduler in OpenShift and run their application with that customized scheduler.OpenShift 4.x has been re-architected to be a self hosted platform which uses the same OpenShift constructs that any workload running on OpenShift uses. In order to safeguard the control components from the custom scheduler that the end user (customer) can bring in, we decided to have a secondary scheduler which does not have any impact on the control plane components.

The following diagram explains the overall flow of how to add your scheduler as payload via the Secondary Scheduler Operator provided by Red Hat.

In this example we will walk you through how easy it is to install the Load aware scheduling plugin via the Secondary Scheduler Operator. 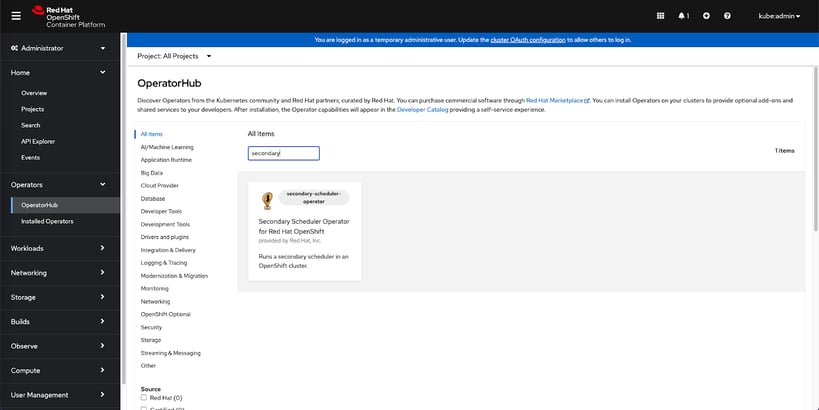 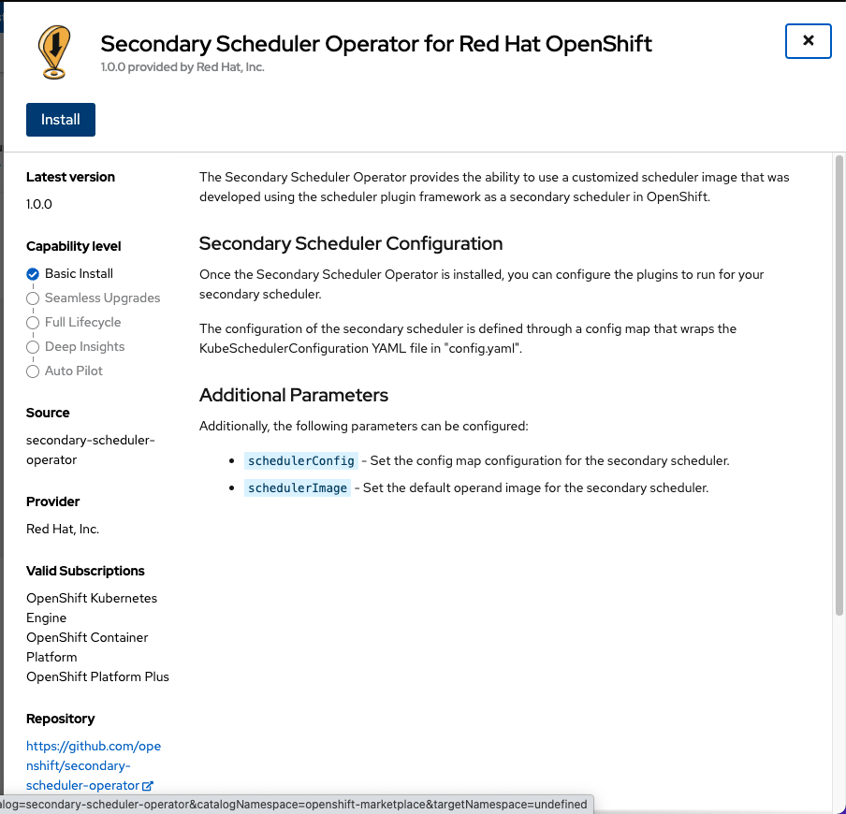 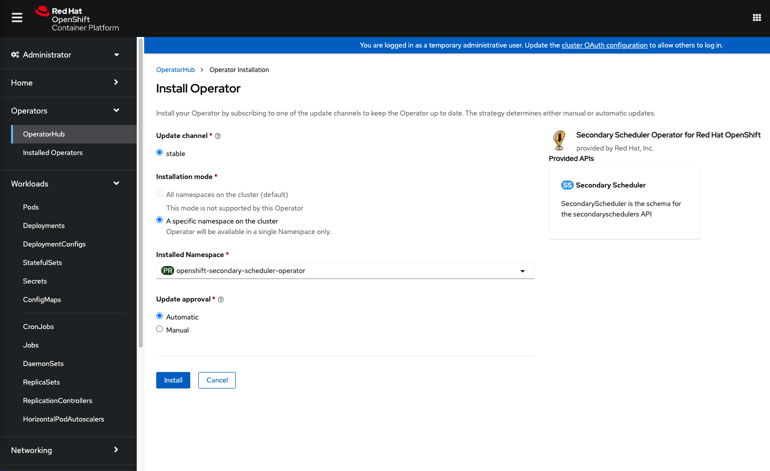