Customers care about applications and workloads first and foremost. There are many routes to host applications securely and reliably at scale; however, this comes with the cost of additional management and operational overhead.

To truly focus on applications and reduce management overhead, optimize cluster deployment time, and enable separation of concerns between management and workloads, we’re pleased to announce hosted control planes for Red Hat OpenShift. Based on the HyperShift project, hosted control planes is now available on Amazon Web Services (AWS) as a technology preview feature enabled through the multicluster engine for Kubernetes operator version 2.0.

In future releases, we plan to expand support for providers, such as Azure, KubeVirt, and Baremetal (via the Assisted Installer agent workflow), which are currently available in developer preview state.

A Kubernetes/OpenShift cluster consists of a control plane that includes an API endpoint, a storage endpoint, a workload scheduler, an active actuator that ensures state, and a data plane. The data plane mainly covers the hot path, such as compute, storage, and networking, where workloads and applications live.

In standalone OpenShift, the control plane and data plane are coupled in terms of locality. The control plane is hosted by a dedicated group of nodes with a minimum number to ensure a quorum, the network stack is shared, and adminstrator access to the cluster means visibility into the cluster's control plane, and machine management APIs, and other system components that contribute to the cluster’s livelihood.

While this is desirable in some cases, it does not quite cover customers' broad range of use cases.

Hosting workloads on fewer larger clusters was sufficient in the past. However, there’s a growing need for distributing workloads across multiple clusters across hybrid topologies to overcome cluster scale limitations, satisfy location constraints (e.g., availability, locality, latency), and improve workload isolation with better separation of concerns.

With a growing number of clusters, a single pane of glass is needed to provide consistent management and operational experience. Hosted control planes simplifies fleet management by providing the following benefits to overcome many of today’s multi-cluster management challenges:

Let’s dig more…. Hosted control planes might resonate with you if any of the following applies to you:

Hosted control planes might also resonate with you if you are a(n):

In addition, because hosted control planes provides cost, provisioning time optimizations, and decouples the control plane from workloads, hosted control planes is well suited for multi-cluster use cases. For example, hosting clusters with specific characteristics, workload tiering (workload or tenant per cluster), flexible upgrades (control planes can be upgraded independently of workers), and so on.

Hosted control planes for Red Hat OpenShift is one of many form factors of OpenShift. By providing one or more hosting service clusters to host control planes as workloads, we’re able to provide a clear separation of concerns, a path to economies of scale with reduced management and operational overhead, as well as flexibility in how customers choose to host their workloads, which is a cost- and time-efficient way to deliver value. 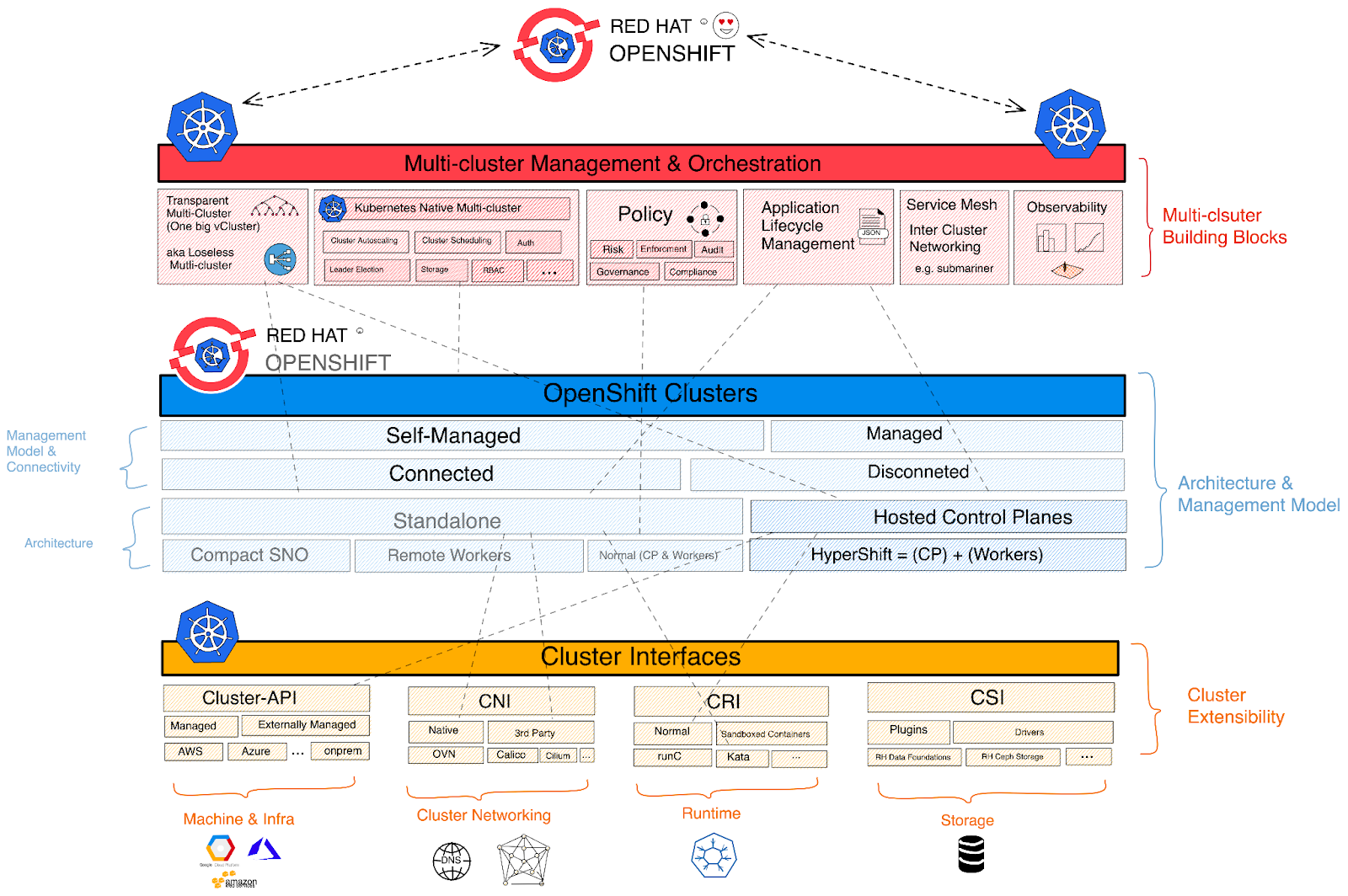 Hosted control planes builds on the same foundation the industry and the community have strived to solidify over the past few years. It’s the same OpenShift and the same standards underneath for networking (CNI), runtime (CRI), storage (CSI), and last but not least cluster lifecycle via Cluster API.

A hosted cluster with a hosted control plane is still a single cluster. Multicluster engine for Kubernetes, available as an operator alongside your OpenShift subscription, which is part of base OpenShift subscription provides a single pane of glass to lifecycling clusters regardless of form factor you choose. Optionally, Red Hat Advanced Cluster Management provides the rest of the necessary tooling when the operand is not just a single cluster, but a fleet of clusters.

As mentioned earlier, hosted control planes is now available as a technology preview feature when enabled as an add-on via the multicluster engine for Kubernetes operator 2.0. The following are the high-level steps required to deploy OpenShift clusters with hosted control planes. Review the documentation for more details.

Follow the documentation to install the multicluster engine for kubernetes operator.

Remember, OpenShift with hosted control places is a feature based on the HyperShift project, so ensure the feature gate for hypershift-preview is set to true in your instance of the MultiClusterEngine created in the preceding step:

This ensures the necessary controllers to reconcile your HyperShiftDeployment are in place.

To tell the multi-cluster engine operator which OpenShift cluster will host the control planes to become the hosting service cluster, you need to create a ManagedClusterAddon resource with its coordinates.

This starts deploying the HyperShift operator, which is responsible for lifecycling hosted clusters, or OpenShift clusters with hosted control planes.

To customize your hosted cluster configuration, review the documentation.

Hosted control planes for Red Hat OpenShift is a big step forward in reducing the management and operational overhead of managing OpenShift clusters at scale. We offer it today for self-managed OpenShift as a technology preview via the multicluster engine for Kubernetes operator.

In the future, we are looking to expand support for more providers as we incorporate more feedback. If you’re interested in hosted control planes, or have a particular use case in mind, please reach out to your Red Hat representative so we can record your interest. Furthermore, stay tuned for more applications of this OpenShift form factor in our portfolio.

To help you learn more about hosted control planes for Red Hat OpenShift, check out the following resources: 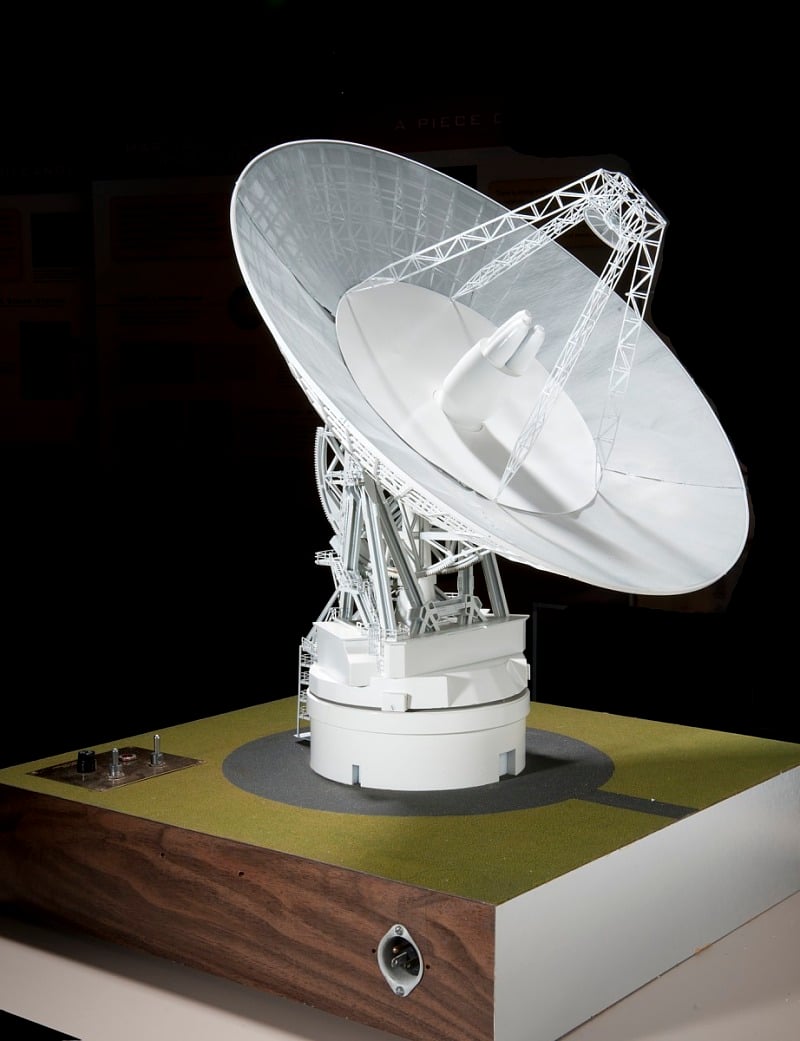