Deploying Your Cluster at the Edge With OpenStack 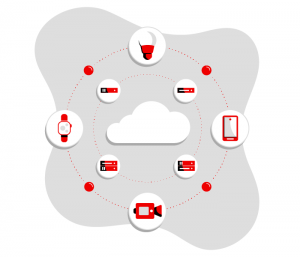 Edge computing means bringing data processing as close to the user as possible. You can accomplish this by deploying workloads to remote locations (usually smaller than the typical data center) near users rather than at data centers.

You can use Red Hat OpenStack Platform to deploy your edge computing infrastructure with Distributed Compute Nodes (DCN). Compute nodes are deployed to remote locations, called “edge sites,” and are defined by their availability zone. Each edge site has its own compute, storage, and networking capabilities. 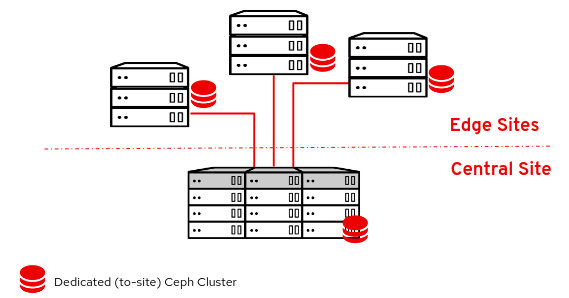 The central site hosts the OpenStack control plane, which consists of at least three controllers. This site can optionally have compute and storage services.

The Red Hat OpenStack guide will help you deploy your OpenStack cloud with an edge architecture. By following this post, you will learn how to deploy OpenShift on top of this platform.

There are many possibilities when it comes to deploying OpenShift on top of an OpenStack cloud, but today we will cover what will be delivered as a Tech Preview in a future release of OpenShift.

Let’s discuss use cases first, then requirements, and then propose a role profile that would meet these needs.

Let’s say we are using OpenStack infrastructure in a distributed fashion across multiple physical areas, or edge sites. Each edge site contains between 5 and 20 machines, and I would like to deploy one or more OpenShift clusters at each one.

These clusters will run my applications with these benefits: 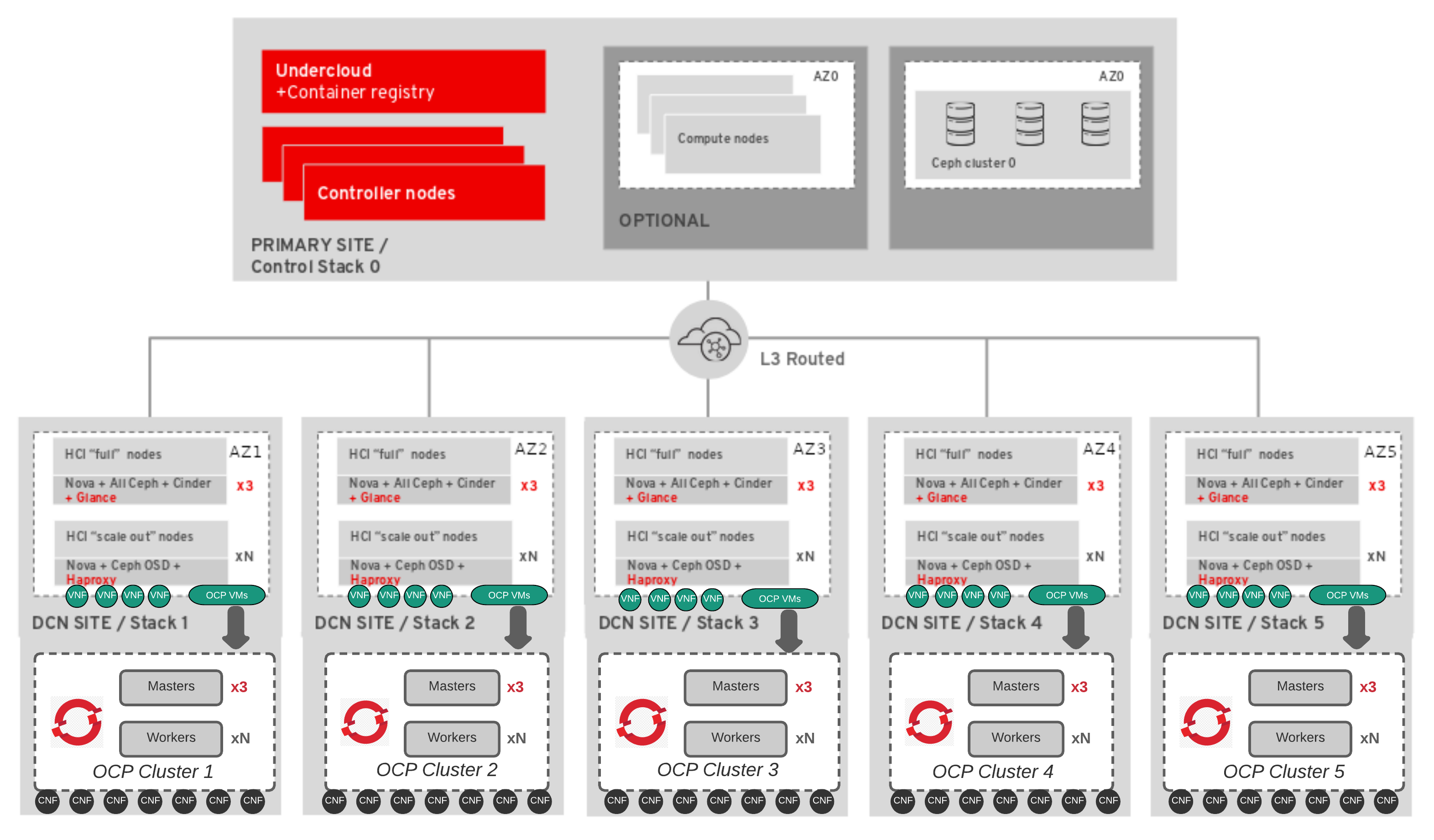 This is an example of a combined role profile between OpenStack DCN and OpenShift running at each edge site that could be used for a Provider scenario.

In this particular scenario, virtualized network functions (VNF) are hosted by OpenStack Nova, while the cloud-native network functions (CNF) live in the OpenShift clusters. Both are in the same availability zone; they can share the same compute, network, and storage resources.

As of today, this role profile is fairly new, and is still planned to be delivered as Tech Preview with a good number of known limitations. This list is non-exhaustive, but this will give you a good idea on what cannot be done as of today:

You should also check the limitations of distributed compute node (DCN) architecture in OSP16.1. A few of these limitations will be addressed in a future OSP16.x z-stream version).

Once your infrastructure has met all the requirements, you are ready to deploy your OpenShift cluster on an edge site.

In our particular use case, our goal is to keep the OpenShift Image Registry as close to our workloads as possible. First, disable Swift:

You can check whether your user has Swift access by running the following command after loading your OpenStack credentials:

As you can see, it returned an error. We know that this user cannot use Swift.

Now, let’s have a look at the availability zones (AZs). The AZ is a physical location where our remote compute nodes live. They provide both compute and storage services.

We can list the available zones with this command:

Prior to the OpenShift deployment, the Cloud administrator should upload the RHCOS image in OpenStack Glance.

The image can be uploaded at the central location and then distributed to the remote edge sites, or it can directly be uploaded into a specific site.

To learn more about this process, visit the official manual.

We are almost all set to deploy, but next, let’s look at an example of the install-config.yaml:

You can now deploy your OpenShift cluster that will live at the edge.

Once your cluster is deployed, you should be able to see that the virtual machines and volumes have been created in the right availability zone.

What’s on the Roadmap

This is only the beginning of how we can deploy OpenShift at the edge with OpenStack. This first iteration allows us to cover the most common use cases, but more work is in the pipeline:

Combining OpenStack DCN with OpenShift Container Platform gives our customers the power to deploy their workloads where they belong: close to their users.

Whether it is for Enterprise, IoT, or Providers, we provide the featuresets to enable these types of role profiles.