With the advent of 5G mobile deployments worldwide, diverse vertical sectors (e.g. automotive, media and entertainment, public safety, among others) are expecting to take advantage of the many features 5G networks have promised to deliver.

One of the protocols that play a crucial role in unlocking such low-latency in 5G deployments is the IEEE 1588-2008 standard, which is also known as the Precision Time Protocol (PTP). In that direction, Red Hat has fully supported this technology since the release of RHEL7.

In Telco 5G environments, the use of this protocol is particularly relevant when deploying Radio Access Networks (RAN). Consequently, we have dedicated this article to provide an introduction to this technology in a cloud-native O-RAN scenario using OpenShift.

For the sake of simplicity, in this article, we have focused on presenting PTP profiles to synchronize the fronthaul transport network using Full Timing Support (FTS) in an LLS-C2 configuration. However, the PTP operator can also be configured to satisfy synchronization requirements in the other defined configurations.

In Figure 1, a high-level synchronization configuration using OpenShift in a cloud-native 5G RAN scenario is presented.

Typically, in a PTP hierarchy we may find the following high-level components:

The fronthaul transport network is expected to distribute high-precision time and frequency synchronization from the telco edge cloud to every ordinary clock located in O-RUs at the remote cell sites.

Typically, all network equipment (i.e. switches, etc.) implementing the fronthaul transport network are configured as BC. This scenario is defined by the ITU-T profile G.8275.1, and known as Full Timing Support (FTS). This scenario is strongly recommended for an optimal O-RAN operation with the best accuracy results.

However, FTS configurations might be expensive for large networks. Hence, when not all the network equipment implementing the fronthaul segment supports PTP, we are in the face of a Partial Timing Support (PTS) scenario, defined by ITU-T in the G.8275.2 profile.

For PTS scenarios, OpenShift also offers an alternative to fill this gap. On the one hand, it needs to be configured as BC. On the other, the switches that behave as passive elements should be configured to avoid filtering MAC PTP multicast frames. This can be simply accomplished by allowing the 01:1B:19:00:00:00 multicast MAC address to pass through all the switches’ interfaces.

Note: The G.8275.1 and G.8275.2 profiles use the ITU-T clock types which are defined in the Telecom profiles, along with the performance specifications for each clock type. For the generality as well as to align with the LinuxPTP implementation's nomenclature, we use generic IEEE 1588 clock types throughout this document. For mappings and clarifications between the ITU-T clocks and IEEE clock types, please consult the associated ITU-T profile.

A look inside the PTP operator

As with every day2 operator in OpenShift, the lifecycle of the PTP operator can be easily managed using OLM. Even though this operator handles cluster-wide PTP configurations, it is a namespaced operator.

Hence, when deploying it via the CLI, creating a namespace along with an operator group and subscription objects is recommended. If by contrast, you would prefer a more friendly interface like the OpenShift web console, a procedure is also available to achieve this.

Once the PTP operator is running on the cluster nodes where the O-RAN workloads will be hosted, we end up with a topology like the one presented in Figure 2. 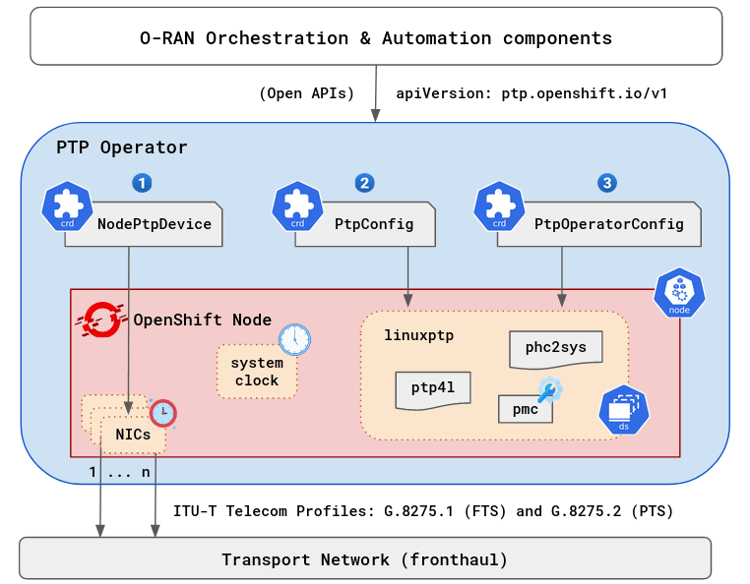 Figure 2: The anatomy of the PTP operator.

As shown in the figure, the PTP operator offers three Custom Resource Definition (CRD) objects, namely NodePtpDevice, PtpConfig, and PtpOperatorConfig resources. We will explore these resources deeply and provide some CRs for common PTP profiles in the following sections of this article.

These custom API resources provide a declarative approach, for the configuration of PTP profiles, to external components in the O-RAN Orchestration and Automation layer. Additionally, the PTP operator also deploys a linuxptp daemon with the PTP processes and configurations as required to support requested Telecom profile and clock type configurations.

Specifically, NodePtpDevice is responsible for discovering PTP-capable network devices in your cluster nodes. Meanwhile, the PtpConfig and PtpOperatorConfig resources directly interact with the linuxptp processes to properly apply PTP configurations.

The linuxptp software is a PTP implementation compliant with the IEEE standard 1588. It includes the ptp4l and phc2sys programs to manage the clock synchronization on each node belonging to the cluster. By default, the PTP operator runs these two as containers attached to a linuxptp-daemon pod. A sample of these two containers is provided below.

The ptp4l program represents the Linux implementation of PTP for the boundary and ordinary clocks. When using hardware timestamping, it directly synchronizes the PTP hardware clock (PHC) present on the NIC to the source clock.

In order to get a clearer view of the capabilities of this PTP implementation, we can inspect its help page using the below command.

If you are curious about the ptp4l default configuration, it can be found on the ptp4l.conf file, under the /etc directory. Also, when the PtpConfig CR is used, the ptp4l config is found under /var/run/ptp4l.{0..n}.conf. As a complement, we also provide a command to retrieve such information from the running container.

The phc2sys container is responsible for synchronizing the two available clocks in a cluster node, typically these are the PHC and the system clocks. This program is used when hardware time stamping is configured.

In such cases, it synchronizes the system clock from the PTP hardware clock on the defined network interface controller (NIC). Similar to ptp4l, we provide below the phc2sys help page showing its available options.

If hardware timestamping is not available on NICs of the cluster nodes (i.e. a scenario with software timestamps), the ptp4l can be used to synchronize the system clock directly, without using phc2sys.

This configuration is usually avoided in RAN use cases given that the accuracy error is relatively high. However, it may be useful on less demanding applications that are not in the critical synchronization path to O-DUs and/or O-RUs, such as for synchronization of the node clocks from PTP in nodes hosting O-CUs.

The PTP management client (pmc) is a tool that helps configure ptp4l at runtime. In that direction, it can be used to obtain additional information, as well as to perform advanced PTP tasks. This tool is also shipped within the linuxptp-daemon pod.

Inside cluster nodes, we typically find two main clock references for synchronizing running workloads. Below, we present both and describe their primary interactions with each linuxptp component.

To achieve high-precision clock synchronization, we strongly recommend configuring the PTP operator to use hardware timestamping.

Hopefully, after this introduction to the PTP operator, users may find it easier to understand PTP technology within a cloud-native context. As well as being able to map traditional components of the Linux implementation into the PTP operator.

As production 5G mobile deployments roll out worldwide, large cell-site densification is becoming a reality for RAN deployments. Consequently, making the automation and orchestration that the cloud natively provides, of paramount importance to all journeys toward 5G.

In this regard, Red Hat's open source technologies have continuously demonstrated to be a reliable foundation (especially in multi-vendor scenarios) for such demanding 5G services.

In our next article, we will concentrate on delivering real PTP configurations that fulfill the stringent requirements of the main telecom profiles recommended for O-RAN deployments. Moreover, we will also provide implementation details on how the PTP operator functions under the hood. 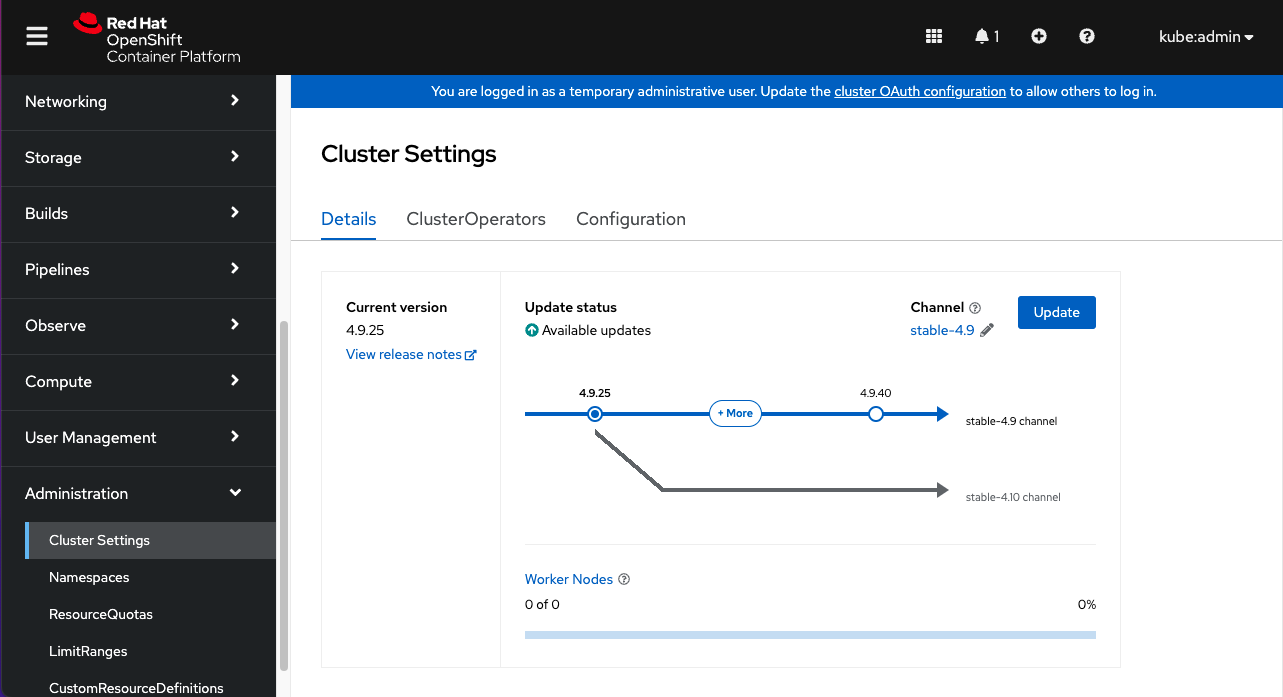 Any OpenShift Container Platform 4 cluster can be upgraded using the web console or the OpenShift CLI. In this blog we review the tools we have at our disposal to plan OpenShift cluster updates. This ...