A Guide to High Availability/Disaster Recovery for Applications on OpenShift

The objective of this blog post is to present customers with options regarding HA/DR for applications deployed on OpenShift.

At a high level, high availability means that an application is available regardless of underlying failures. An example scenario where high availability comes into play is when a node fails and Kubernetes reschedules any lost pods to surviving nodes.

At a high level, disaster recovery means action needs to be taken to recover applications in the event of a disaster. An example scenario where disaster recovery is needed is when the entire cluster is lost, meaning that workload must be recovered to a new cluster.

By understanding potential points of failure, you can understand risks and appropriately architect both your applications and your clusters to be as resilient as necessary at each specific level. Following are some of the potential pitfalls.

Pod failure refers to individual pods crashing or otherwise failing to perform their task. This can occur for many reasons, such as a misconfiguration. Premature termination happens when, for example, a pod is evicted from a node as a result of resource contention. This can have an adverse effect on the application if appropriate resiliency and other measures are not used.  Some of the steps to ensure high availability of applications in the event of pod failure and termination are:

For additional information, check out this article.

Node failure is referring to anytime a node unexpectedly becomes unavailable to the cluster. This could be because of a hardware failure, resulting in the node becoming inaccessible on the network, or an environmental issue, such as a power failure. In this case, some potential ways to mitigate the failure are:

If a node fails, for any reason, here are some helpful links to recover the lost capacity:

Cluster high availability depends on the control plane staying healthy in the event of failure. If the control plane fails, or otherwise becomes inaccessible, many functions will stop working. Scheduling of Pods is one of the most critical. With OpenShift 4, all clusters (with the exception of single node OpenShift) have three control plane nodes, each one also hosting an etcd member. With three nodes, the control plane will continue to function even with one failed node. If two nodes fail, then the control plane cannot function.

A “stretched” cluster between two sites, where one site hosts two control plane nodes and the other hosts the third control plane node, does not meaningfully increase availability. A single site failing, the one with two control plane nodes, will result in the cluster being unavailable. The additional complexity and potential failure of the components “between” the two sites also contributes to increased risk of the OpenShift cluster being unavailable or otherwise impacted. So, while it is fully supported to have a stretched cluster, it commonly does not increase availability.

In general, the better option with two sites is to deploy an OpenShift cluster in each of the two data centers and have a global load balancer in front of them. However, this does require some application awareness and monitoring to ensure that the correct instance is active and any persistent data used by the application is replicated appropriately.

Option 1: Active/Passive, where the app is wholly in one location and the component definitions (Deployment, Service, Route, Secret, ConfigMap, PV/PVC) are available at the second location, ready to be deployed leveraging strategies like GitOps. But, storage would need to be replicated inline with their Recovery Time Objective (RTO) and re-introduced to the destination cluster accordingly: 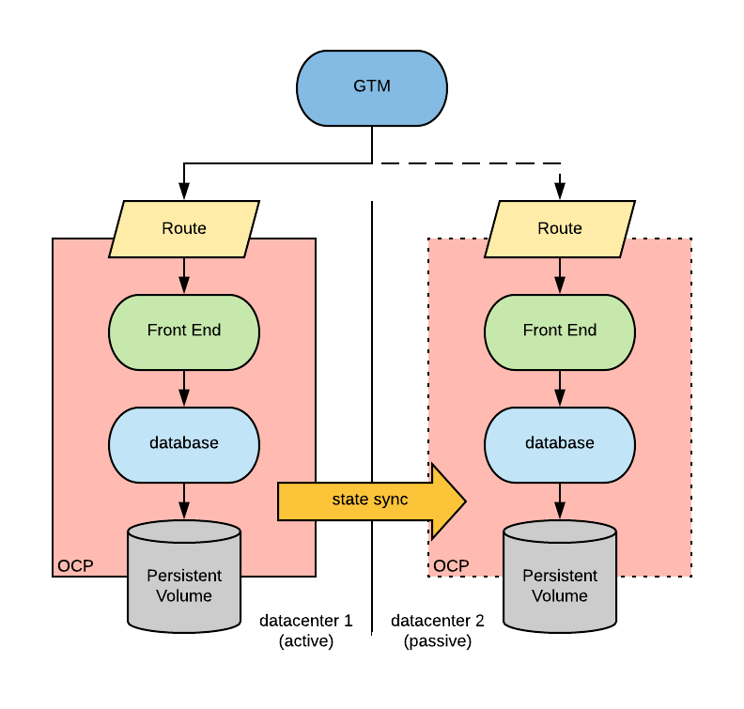 Option 2: Active/Passive (Warm DR) scenario where a global load balancer sends all traffic to one location and the app manages replication to the secondary location: 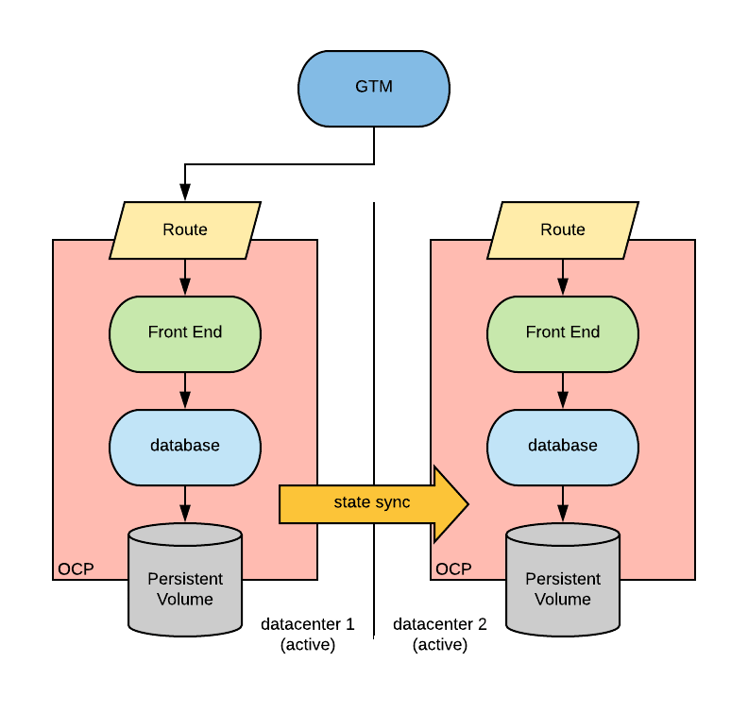 Option 3: Active/Active scenario where the global load balancer sends traffic to both locations and the app manages cross-replication between them: 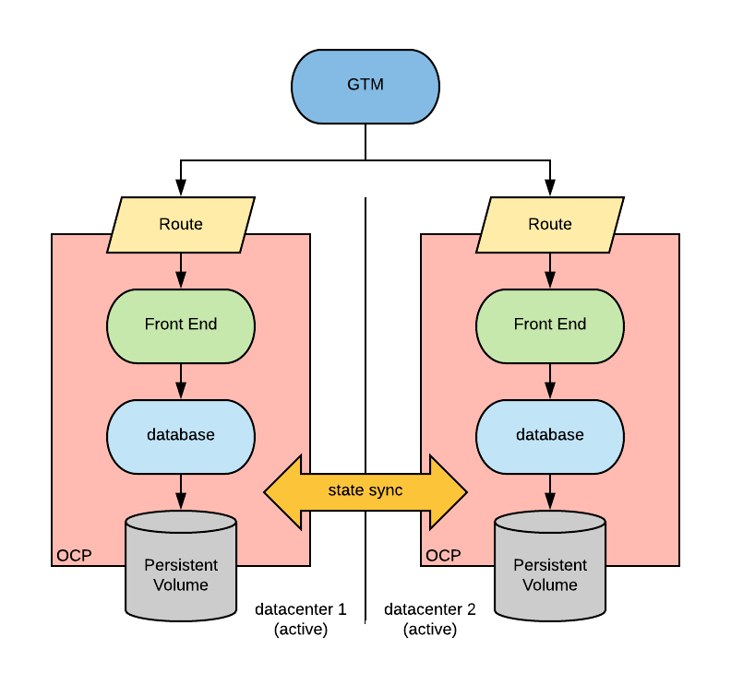 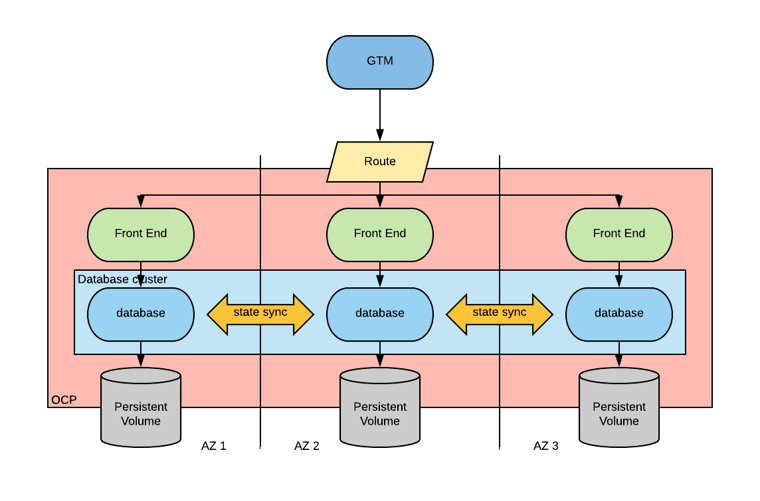 The best ways to maintain availability of storage are to use replicated storage solutions, shared storage that is unaffected by outages, or a database service that is independent of the cluster.

In this article, we presented multiple options for protecting workloads against downtime. This list does not cover all of the scenarios and is by no means exhaustive. For the next steps, please check out these additional resources:

Please reach out to your Red Hat account team to discuss further.